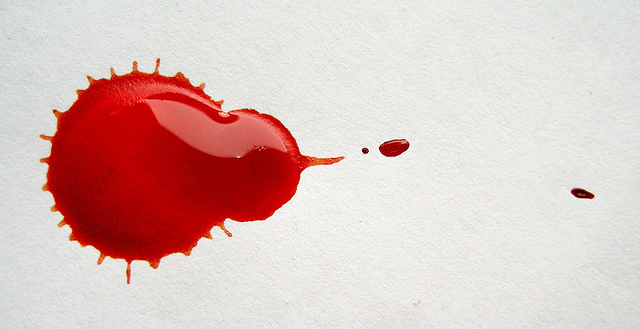 This is an entry from my journal. It’s unedited, as a way for me to wrestle with my own pain through a written form of prayer.  I decided to share this wrestling as a “Christmas post” because we normally think of Christmas as a happy time. And it is.

But I also see Christmas as a time for pain. This is the day Christ came to suffer. And because of this I can get through each day.

So, warning: this is not a nice post. But it is an honest one.

The garden is a boneyard. Picked over skeletons and concrete for miles. Dark clouds, the omnious type that speak of destruction, fill the sky. In the middle of this contrete jungle is him.

His back is flayed, flesh hanging to expose muscle. The thorns make his skin a crown of ribbons. Purple, saffron yellow, and indigo bruises cover is face. His wrists are torn and the gaping wound at his side pours water and scarlet.

“Is it not enough?” His voice barely registers above a whisper. His ribs move when he speaks.

He never breaks my gaze. And gives a tiny nod.

I bring the whip down, aiming for his temples.

His scream is beautiful.

It sounds so much like all the ones I want to scream, all the ones I silence because I don’t want them to be heard. I bring the whip down again, pain for pain. I cry as I match each throb, match each spike, match each brain-numbing blow. “How is this not torture, what you let me go through.” I drop the whip and punch him. My knuckles split and I wipe the blood onto my sweatshirt. I say. I land another punch. Another. Until his eye is gone.

I fall to my knees. My jeans are soaked in his blood, and my muscles ache, and I still hurt. The pain is still in my brain and it won’t go away. It won’t go away. It never goes away. My tears taste salty and metallic and are thick like oil.

He lays there, face too swollen to blink. Continuing to hold my gaze.

It only fuels the fire, fuels the pain. I yell at his body. “Why? Why?”

The only noise are the skeletons clattering in the wind.

His silence feels like nails inside. I shriek, launching to my feet. “Say something.” I stand and kick him and a rib snaps. I do it again. Another bone breaks under my boot, but it feels good. Another kick. Another another until his skull is as beat up as mine and his brain matter leaks onto the concrete. “What is the point of you.” My jaw is so locked tight my voice hisses.

Only now does he cry. Each tear drop restores a bit of his flesh. His hands become hands again. His ribs knit and heal to form a chest and his eye regenerates and takes on a rich brown color.

He can lift his arms now. “Come here,” he says.

I twist and my serpent’s body morphs into child’s legs. I toddle to him through the gore. He reaches out and pulls me close until even my hair is bloodied and smells copper.

We cry together until both of us are whole enough to do it all over again.

Dr. Watson, I Presume? The Importance of Killer Sidekicks

This makes me want to get a sidekick for life....oh wait. That would be my…

Thank you Kate Lansing for inviting me to this Blog Hop! I thought it was…