I recently signed up to review The Deep End by Katy Newton Naas. Released last year, it is a YA Paranormal with thriller themes. Perfect for your spooky, dark reading needs: 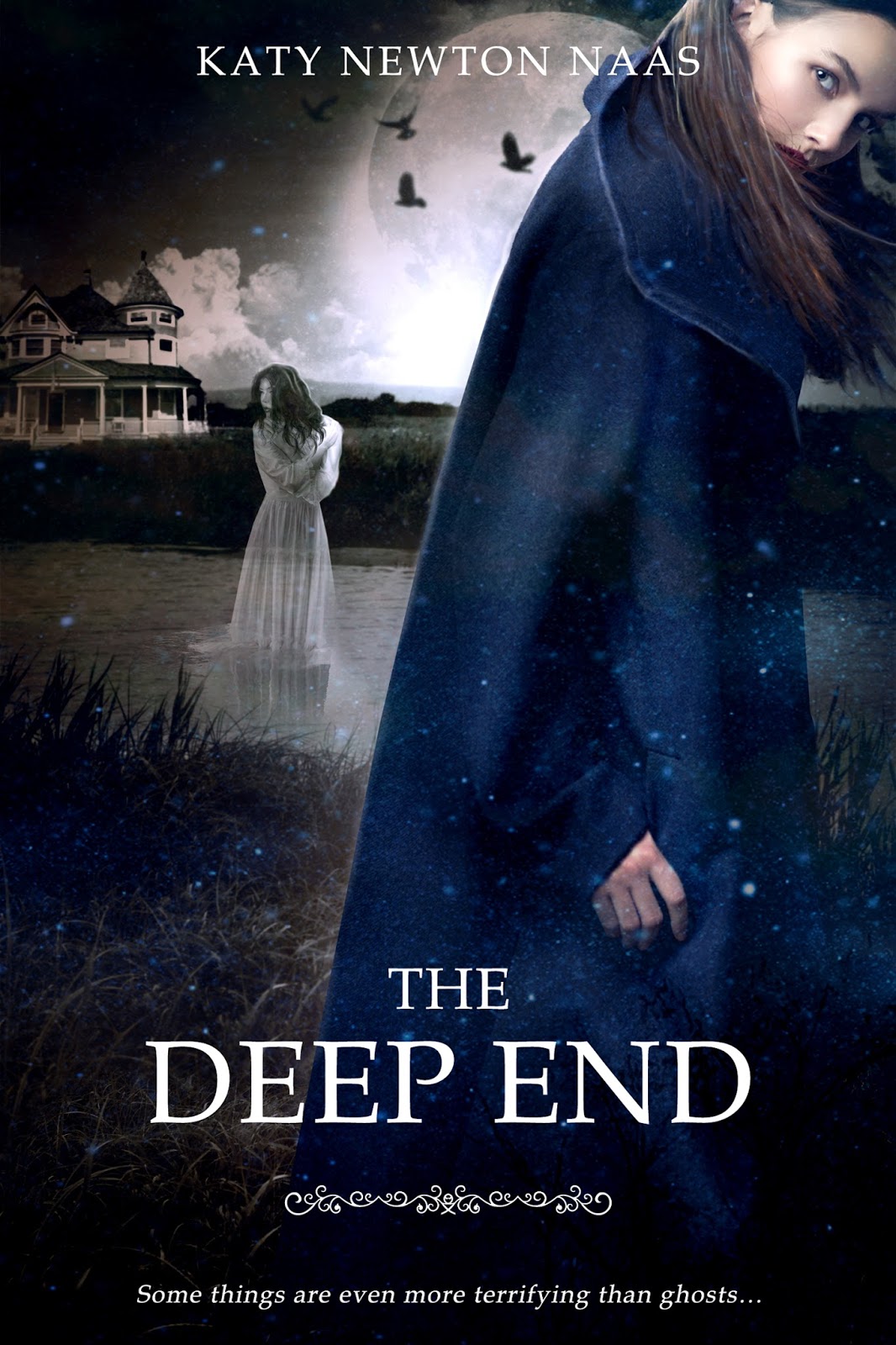 When shy sophomore Kaci Lynn Richards moves to a small town, she is nervous about the change. That is, until she befriends the outgoing Jo and meets popular senior James Mitchell. Kaci quickly learns to love her new life…until she begins to see the ghost of a teen girl in her new home. The mystery girl haunts her, giving her visions that leave clues as to who she was and how she met her violent fate. But the more she learns about the girl, the more she finds that life in this sleepy town may not be what it seems.

I’m not normally into ghost stories because of the bejeebies they give me, but I really enjoyed this one. Granted, I had to turn on all the lights in the house while I read the first half, but that’s a good sign of well-done creepiness J

What I absolutely loved about this book was Kaci’s stepfather’s involvement. We don’t normally see parents taking a big role in the story. But her stepfather stood up for her, taught her how to protect herself, and believed her when she spoke about ghosts. Far from the nonexistant parent, I loved that he had her back.

I also absolutely loved how Kaci stood up for herself in her romantic relationship. This is a great message for all girls. If you feel a relationship is off, LISTEN TO YOUR INTUITION. Be a Kaci.  She sees warning signs and acts accordingly. She involves her parents, who then help empower her to deal with the situation. (Granted, the situation gets way worse, but I don’t want to spoil anything.) Kaci has a voice, and she uses it. Plus, once she figured out something in the relationship was off, she didn’t go back to the boy. Major score points for me.

I would’ve liked to have seen either an extra chapter at the end or an epilogue—to see how Kaci coped with the climatic events. Or even another subplot or two. Also, to me, since Kaci’s mom and stepfather seemed to have a functionally healthy marriage and relationship, I wasn’t sure how realistic Kaci’s caretaking of her little brother is. Every time she’s home, the adults kind of disappeared while she took care of her brother. While this would make sense if the parents were unhealthy, they weren’t, which was refreshing to see.

However, I would still recommend The Deep End because we don’t read enough about women/girls/females paying attention to those warning signs and intuition. Kaci is a great example of how you should respond when a relationship goes sour. For this alone, The Deep End is worth a read.

(While I did receive this book for free, the review is honest) You can find…