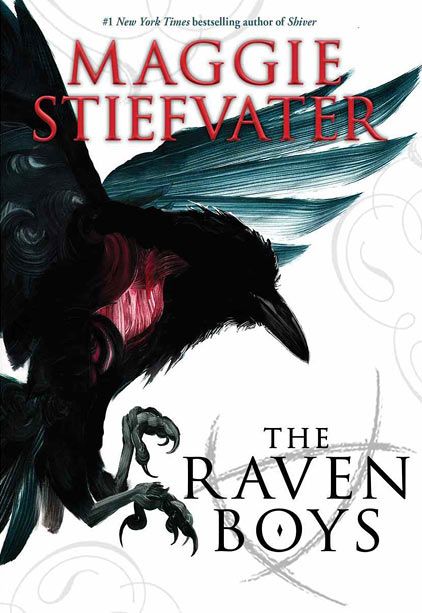 The synopsis also promises a romantic tryst with Gansey. Don’t bet your savings on it. I found the lack refreshing since every book has romance as a priority, while the relationship in The Raven Boys is more subtle and unforced. Though I’m guessing more romance comes later in the series.

Despite the grand nature of Gansey’s quest, the first half of The Raven Boys is slow moving. I did enjoy the characters. Stiefvater in no way created cookie cutter characters. But, full disclosure—I almost put it down. I am a plot person, and I thought a grand search for a missing king would be a bit more, well, exciting.

Until the truth about Noah (one of Gansey’s groupies) surfaced. That hooked me. Now we knew real danger was involved. (dun dun duuuuuun.)

My favorite character is probably Adam. (besides Blue’s house of psychics. How can you not love an eccentric bunch of soothsayers?) I didn’t grow up with an abusive father, but the portrayal seemed pretty realistic to me. We watch him grow from an abused boy to an empowered individual, and I couldn’t help but cheer for him the entire way.

I will keep reading the series. Not only because of another revelation dangled in the very last sentence of the book like fish bait, but because the book plays on the balance of magic. The book seems to take place in a normal world, then bam! Psychics are real; ley lines are real; ghosts are real. Is magic real too? If so, then–

Can Gansey and the crew truly find the buried king?

In short, reading The Raven Boys is like taking a long stroll through England (it doesn’t take place in England, but it feels like it could). If you want an action packed book with badass boys and girls or a book where romance is the main theme, this probably isn’t for you. But if you want to be startled by a couple revelations, connect some plot dots yourself, and stroll along beautiful writing and hints of great adventure and castles and romantic promise, then this might be a good book for you.