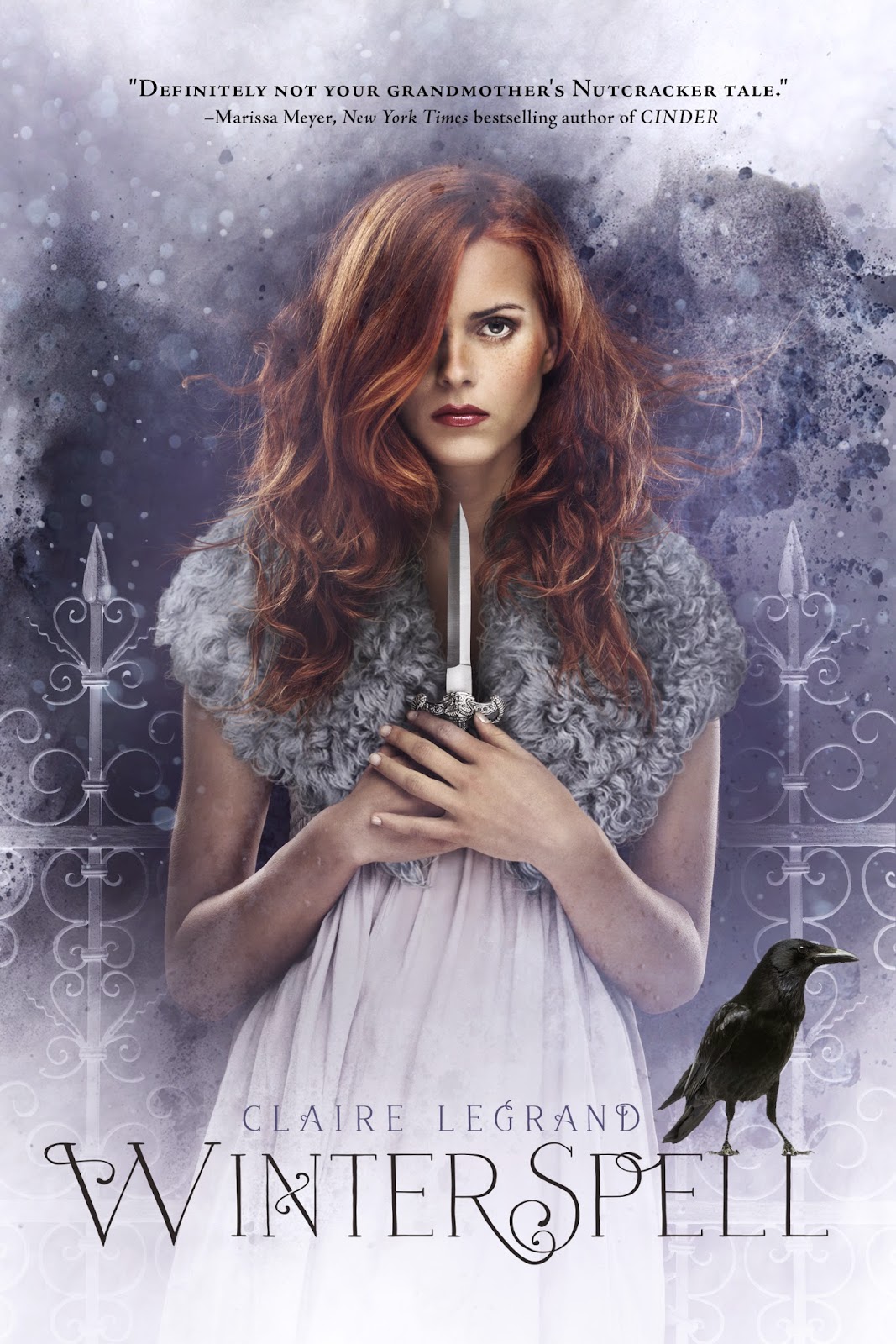 I LOVED every part of the setting—the grittiness of a hopeless London, the contrast of the dark steampunk infused Cane with the bright and beautiful faeries. I even loved the sugar-addiction rampaging throughout the kingdom. (note to self–If you want to control your subjects, control their addictions.) But I adore books with a shadowy setting. So much more refreshing than happy-buoyant-fairy-tales.

I really enjoyed the characters too. I appreciated seeing Godfather Drosslemeyer as more than the creepy guy onstage who only appears to comfort a crying Clara or wave a baton. Legrand’s Drosslemeyer has secrets. And secrets make every plot more fun.

As for Clara herself, she fights between fear and bravery. Godfather’s fighting lessons make her stronger, but she is willing to break for the disgusting Dr. Nichols in the beginning—a disgusting man who has eyes for minor females. Her transformation in Cane is one of not only of courage but of self-discovery.

Onto our handsome prince. Nicholas didn’t spring from a nutcracker doll, but a statue. He certainly isn’t Prince Charming and makes some bad choices. I’m not sure if I buy how quickly he made those choices and abandoned them for good again, but I liked how he wasn’t perfect. Anise, Queen of the faeries and ruler of Cane, is a bit more complicated. She hates humans, but is lonely and seemingly bisexual. I liked this twist in her villain’s character. Not all characters are black and white.

Some reviewers didn’t like Winterspell because of the changes to the storyline. However, this book isn’t a retelling but is only inspired by the original tale. Legrand didn’t need to stick the well-known original story.

Overall, this is definitely a book I’d reread next season. Hopefully surrounded by a flurry of snow.