(While I did receive this book for free, the review is honest)

You can find Byronic on Amazon and Barnes and Nobles. 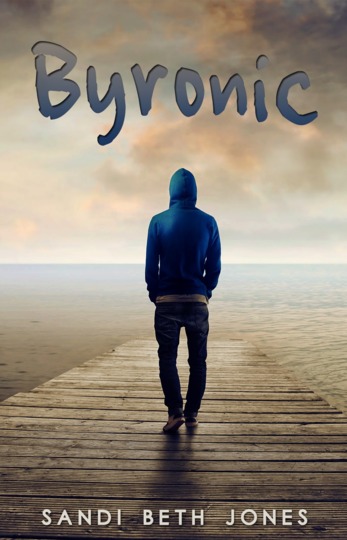 When the creatures in her dark drawings come to life, Chelsea finds that the mysterious Geoff is the only person she can confide in. But she can’t help wondering who she’s kissing: her tender confidant or the dangerous Byronic rebel bent on shocking his detached father.

Starting over in the South Carolina Lowcountry is just what sixteen-year-old Chelsea needs. Unfortunately, moving also means living with her mom’s snobbish British novelist employer and his moody son Geoffrey. Knowing that her new home likely used to be a slave holding plantation doesn’t make her feel any more at home.

Troubled and reckless after his brother’s mysterious death, Geoff often mimics his father’s literary favorite, Lord Byron, acting “mad, bad, and dangerous to know.” She’s determined to keep her distance and buries herself in her art, though the darkness of her drawings troubles her and others who see them. When people in the Gullah and Geechee community point out that she has been drawing Boo Hags and haints -powerful and terrifying creatures of local legend and superstition- she starts to wonder about her own heritage and her connection to the Sea Islands. She begins to question her own grasp on reality when it seems those creatures start making their way out of her drawings and into real life.

It’s clear that Geoff has some secrets of his own, but he might be the only person she can confide in. Chelsea must decide who she can trust, when nothing in the Lowcountry is what it seems.

When I read the summary of the book, I somehow missed the “Boo Hags and haints and terrifying creatures” line, focusing only on the connection to Lord Byron. So when the book started to take a turn for the creepy, I practically shrieked and shivered. I turned on all the lights and made sure my husband was in the room every time I cracked open the book.

Definitely a winner to read this Halloween time of year.

I absolutely loved the setting from the very first line. We’re shown the Lowcountry of South Carolina, where mysticism and dark legends reigns. The setting cast such a great tone for the book, I don’t think any other place would’ve worked nearly as well.

In terms of the characters, I really connected to Chelsea. She sounded like a normal teenager and could be pretty funny at times. I have a pretty strong artistic bent, so I understood how art can become something greater than we intended it. Though, I certainly don’t have her skill to draw the past. I could even root for Geoff as he fought for distance from his father.

My favorite character has to be Geoff’s father. I love well written awful characters. He’s so obnoxious and you want to smack him and stuff Lord Byron’s poems down his throat. (Hmmm…maybe an idea for the sequel??)

Moving on to the plot—well paced and didn’t have any plot holes. The plot takes an even creepier turn when Chelsea’s friend vanishes and the blame is landed on Chelsea. While the plot does tie in the end, it does set up for a sequel.

Overall, I thought this was a well written book and spectacularly creepy and one I’d read again. 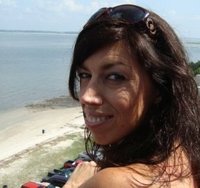 Born and raised in Arkansas, Sandi is the author of bestselling and award-winning romance. She’s worked with books for the past twenty years, first as a bookseller, then as a library media specialist and teacher. She lives on a river, hoards antique books, and travels to places off the beaten path.

SUBLIME KARMA by Peyton Garver Find my review of Sublime Karma on GoodReads and Amazon!…