I went to the Chihuly exhibit at the Denver Botanic Gardens recently and it was absolutely breathtaking! I loved the way the gorgeous glass pieces melted into the natural surroundings, mimicking stalks of grass, tropical birds, gathering bubbles, or (much to my chagrin) snakes. There seemed to be a symbiotic relationship between the garden and the glass, each enhancing the beauty of the other.

I wondered about the artist, Dale Chihuly. How did he come up with his art? What was his process? Did his work, his vision, receive criticism for being expensive to produce? But it turns out there’s an even more interesting debate at the center of Chihuly’s art.

You see, in 1976 Chihuly was in a car accident that left him blind in one eye (hence his trademark eye-patch) and due to a separate accident, he lost the use of one arm. He doesn’t actually create his pieces anymore, he physically can’t. Instead, he has a team of glass blowers that he directs. Since he’s not actually producing his own creations, is Chihuly an artist?

Chihuly has created a factory-like system for producing his artwork. I can see how that, in addition to his aggressive self-promotion, which includes merchandise, ticket sales, marketing, etc. might make us consider his work differently.

However, he’s described himself as a choreographer instead of a dancer. And aren’t choreographers, directors, and conductors artists in their own right?

Also, as my uncle wisely pointed out, famous artists throughout history (Rubens, van Dyke, and Bernini to name a few) had students who helped with their in-demand artwork, painting backgrounds, filling in portraits, building sculptures based on their designs. Are they considered a lesser artist because of this?

I believe that Chihuly is an artist. And a brilliant one. I find it brave that, in his 70′s and struggling with his health, Chihuly has found a way to continue creating artwork. Seeing his glass pieces, his vision, was an experience I’ll never forget. I was moved on a deeper level as I meandered through the gardens, awestruck again and again by each piece. And Chihuly is the man behind the curtain, a true artist.

All this being said, what do you think makes an artist? In an age when artists are encouraged to build a platform and promote their material, should we judge the art and the artist alike? 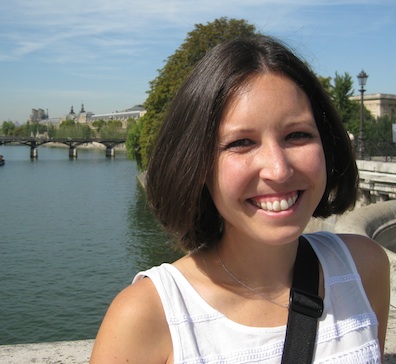 Kate grew up in the Rocky Mountains where she shared a backyard with black bears, mountain lions, and elk (although usually not at the same time). She graduated from CU Boulder with an Applied Math degree and currently lives in Denver, Colorado with her husband and a chair-napping tabby cat named Maple.

Creativity is Allowing Yourself to Make Mistakes

I've been loving this chalkboard trend. I decided to make a couple of my own…