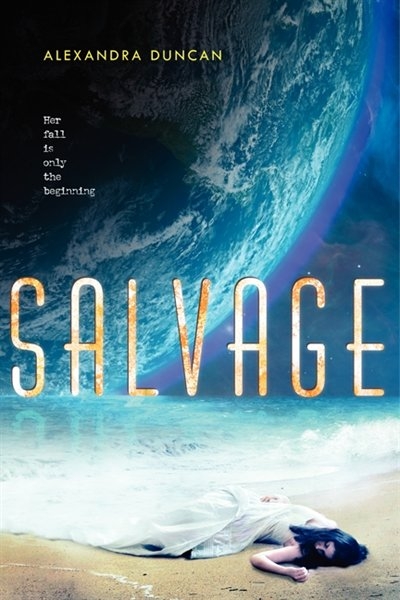 I could rave about Ava’s language. Ava speaks a form of pidgin, which is a simplified form of language that occurs between groups who don’t have a language in common. Most people who didn’t finish the book or didn’t like it couldn’t get past the pidgin. I’m pretty into linguistics, so I found the language utterly fascinating and very realistic to how they could develop in the future.

I could rave about the myths and belief systems Ava has. Every culture has its own myths and stories. Growing up on an isolated ship, of course Ava would believe these myths. She’s confronted with these beliefs off the ship and has the appropriate reactions for somebody whose belief system is being threatened.

I could rave about the setting. First a merchant ship in space? Then a scrap heap in the middle of the ocean? Then Mumbai? This is no post apoc novel. I loved the fresh and unique settings. Each was so flavorful and colorful it made me long to visit there myself.

I could rave about Ava’s journey of self-realization. She moves from an isolated ship to being planetside, faced with facts about her culture she never thought to question before (though not in the same way dystopian POV characters question their way of life).

Some say this is an anti-feminist book because of the male-dominated merchant ship and were very frustrated by it. Understandable. However, this is how some cultures used to work. Our own culture took a while to figure out slavery was a no-go. Salvage is actually very feminist. It supports female education, freedom of choice, freedom to pursue what you’re gifted with, among other things. Even Ava’s choice at the end is a true, female-empowering decision.

Even if you don’t agree with me and hate Salvage, the book is worth reading if only for Duncan’s world-building techniques. She did a fantastic job and its worth studying.

Giveaway: Win a copy of The 5th Wave by @RickYancey for Your Ereader

This week, I'm giving away a ereader copy of The 5th Wave by Rick Yancey.…