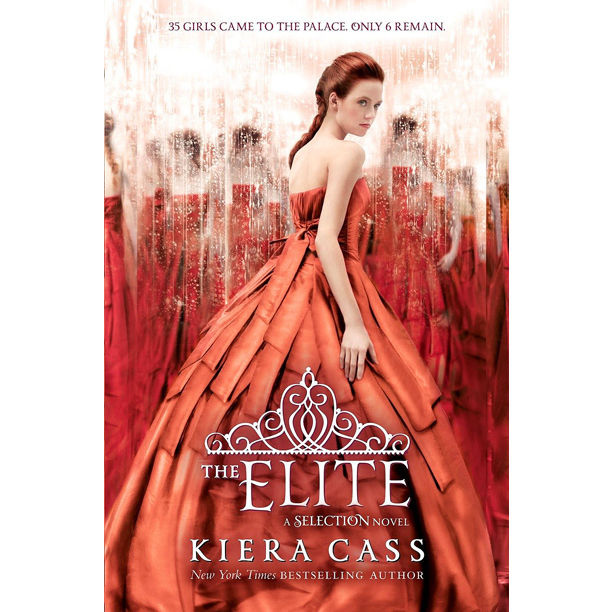 I didn’t adore The Elite as much as I did The Selection, but that’s still not going to stop me from fangirling about The One.

From the reviews I’ve read, many people have some issue with the America/Maxon/Aspen love triangle. I didn’t mind the love triangle as a whole, and I even appreciated Maxon standing up to America and telling her not to toy with his feelings. (Because toying with anybody’s feelings at anytime, even fictional, is uncouth.)

What I did mind was America’s insistence in being romantic with Aspen even despite seeing consequences of this treason actions up close.  (I wouldn’t have minded these consequences being even more severe—even to the point of death—since treason is a high accusation.)

Marlee: Others have also complained we don’t see enough of her. Yes, she’s more absent, but there’s an excellent reason. No, I’m not going to spoil it.

Maxon: We finally see another side of him! He’s not as awkard and goofy-loveable, but we see him growing into a king-to-be. And he’s practical. What would you do if you had a girl toying with your feelings? I’m not condoning his make-out sessions with Celeste, but they make sense.

Aspen: Doesn’t change. If he loves America so much, why does he risk her being punished by breaking the law? Maybe I’m too much of a rule follower to understand.

I loved seeing more of the world behind the Selection as the competition progresses. Maxon shows America a secret library, where she discovers the diary of the founding monarch and the true reasons behind the castes . . . which changes what she believes about them. Want to know what being a princess is about? We receive a glimpse through America’s princess lessons. She makes an alliance with Italy when she throws a hospitable party for them and has a chance to create a humanitarian project.

Meanwhile, the rebel attacks are becoming more frequent. While their damage hits closer to the Elites’ hearts (a sister of one of the contestants is killed), no physical harm has come to the Elites. Which causes America to wonder (and discover), what are the rebels really after? And makes me anxious for the next book: will somebody be killed next time?

By the end of The Elite, America discovers her biggest enemy isn’t the rebels or even her own conflicted heart, but somebody closer with much more power.

I’m curious to see how America responds to this new threat. Will she rise to meet it or will she become passive and err on help-I’m-caught-in-a-love-triangle. I’m rooting for the former.

Hydro is a YA sci-fi and the first in a new series. You can enter…

Scavenger Hunt (and GIVEAWAY!): The Gateway Through Which They Came by Heather Marie

Collect all the letters from each blog (listed below) to enter into the RAFFLECOPTER GIVEAWAY!…