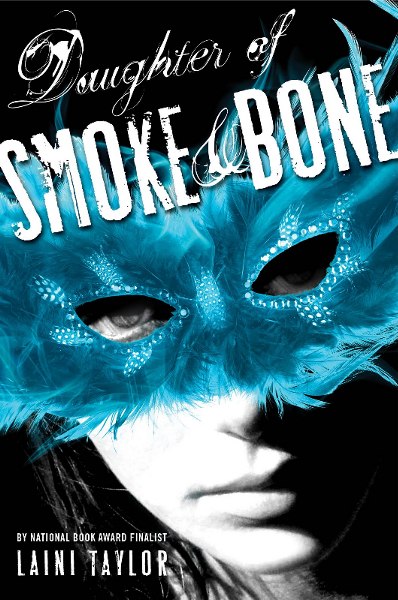 So much to say.

One of the biggest aspects separating this book from other YA novels is the dialogue. Funny. Witty. Completely age-appropriate. There is a give-and-take in Karou’s relationships, giving a organic and natural feeling to her friendships. Her dialogue shifts to reflect each of these unique relationships.

Another is the creative spin on demons/devils. I haven’t read any other books that give demons a culture, let alone a social hierarchy and beauty. To me, it’s an exercise in taking the lines of what we know and imagining what could be beyond them. And a reminder that anything is possible in story.

An example of this: Brimstone’s (the devil that raised Karou) obsession with collecting teeth, which he sends Karou on errands to collect. What do teeth have to do with the war between angels and devils? To tell you would be to spoil the story. 🙂

The characters are completely unique, too, in an unexpected setting. I love YA books set in America (or future America), but to read something set in a beautiful foreign place such as Prague was refreshing.

I love everything about Karou. From her ultramarine hair (maybe it’s blue because Laini Taylor’s hair is pink?) to her curiousity to her art classes. Since I’m familiar with art, it was extra fun for me to receive a glimpse into the art world. You could tell the author went to art school at some point in her life.

I even appreciated Karou’s ex-boyfriend, Kazmir, a street actor who plays a vampire.

There was one major thing I didn’t like. Near the end of the book, the story pauses for several chapters during a backstory dump. And then the story picks up again for a quick wrap-up before a cliffhanger ending.

Because of this, it felt like there were two stories in one. Since I was completely invested in Karou, I didn’t love this time-out on her story. But, in order to understand the secret of Karou’s past, we need the backstory. I’m not sure if there was another way to give us the information without spoiling the secret, but I really wish there was.

This backstory dump is also when I became invested in Akiva. Until then, I wasn’t his biggest fan, thinking him a troubled jerk. I also wish there was another way to get us on his side besides the backstory. Many other reviewers disagree with me and think him well-rounded and well written.

However, I will still be reading the next book and dearly hope Zuzana, Karou’s BFF, will be making another appearance.

Onto the giveaway: Congratulations to jmledwellwrites!

It occurred to me several of you may not know what the straight-from-the-tube ultramarine blue hair Karou rocks looks like.

And I happen to have several tubes of ultramarine blue paint. So I painted this Karou-inspired little square in watercolor (it’s more like 3.75 by 5.5 inches and is unmatted/unframed to make it easier to mail) and would love to give it away. 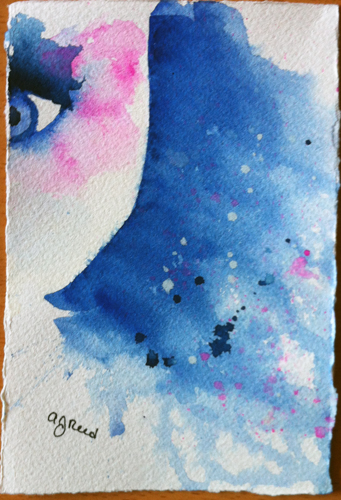