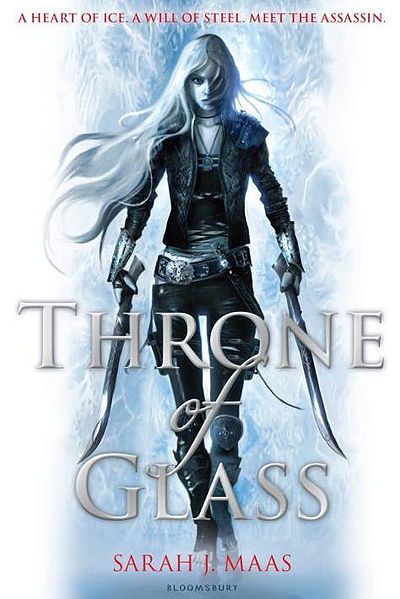 Everyone, say hello to Celaena, one of the most well-rounded YA females I’ve read in a while. Not only is Celaena strong—she’s the country’s best assaisin, she has to be—but feminine. She loves the fancy dress of court and eats 1.5 pounds of candy in one sitting (my type of person), while thinking through the multiple ways she can kill a man.

And she reads. I love when a female character is smart. Even her friend, Princess Nehemia, who may not be a friend at all, enjoys books.

Next to the gruesome bodies of the murdered assassisns are carved runes, runes of magic, which are forbidden. The plot develops arounds these runes and murders, along with the competition, throwing in an element of the paranormal with a ghost (Don’t sweat, I didn’t ruin anything.) to blend the spiritual with magic. The climax is an unexpected pinnacle of these aspects that felt completely unique without tripping into the clichéd.

I’d love to hear what you thought.

A love triangle does exist and is very well executed (Technically, there could be two love triangles. A love sextagon?). Some reviewers think Celaena’s oblivion to Chaol’s feelings toward her isn’t believable. I think it is. If somebody is mean to her in the assassin buisness, she had no reason to distrust their face value statements. She could discount them as mean and be done with them.

If somebody is kind, she would be more distrusting since they might have something to hide. We see this when she meets Nox, another assassin. While she is friendly, she wonders if admitting pieces of information would be dangerous, and only helps him perfect his knife throwing skills when he stands up for her.

Other reasons you should read this book:
Secret passageways.
A masquerade.
A map in the front of the book (I’m a fan of maps).

There are several novellas taking place before the opening of this book. While they do set the stage, you don’t need to read them in order to understand Throne of Glass.

In case you’re interested, the first is called The Assassin and The Pirate Lord.

I've wrestled with migraines my entire life. I have a distinct memory from when I…