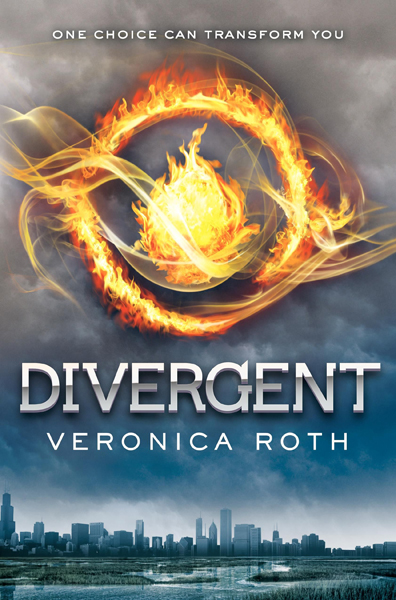 October 22nd isn’t far away. The much-awaited final installment of Veronica Roth’s Divergent trilogy will be released to the mob. Have I been stalking movie footage and photos? Yes. Am I excited for a quiet day while the world is locked inside hoarding the book, reading? Yes. Will I be among those quiet masses? Heck yes.

But don’t you hate when you forget what happened earlier in the series by the time the last book comes out? I do. Instead of rereading all 500 pages of Divergent, read this summary to refresh your memory of the plot’s highlights:

Warning: Since this post’s intent is to be helpful to those who have already read Divergent, the following is a summary. Not a review.

**Last chance to turn around.**

At the choosing ceremony, Tris decides to leave her home faction of Abnegation for Dauntless. After living a restrained life in Abnegation, the Dauntless’ way of life holds much freedom for her. Her brother, Caleb, forsakes Abnegation for Erudite.

Tris must survive the Dauntless initiation if she wants to become one of them and not factionless. And if she wants to live, she must keep her Divergence a secret. She learns how to fight in hand to hand combat, even how to wield and throw knives. She doesn’t expect to find an enemy in Peter, a transfer from Candor, who stabs another initiate, Edward, in the eye and later attacks her in the night.

And Tris doesn’t expect to find a friend, or the spark of romance, in Four, the young man who trains the initiates. Tris climbs a Ferris wheel with him during capture-the-flag. She refuses to flinch to protect another initiate while he throws knives at her head. Her strength is what he respects most about her.

During the second stage of initiation, Tris faces a fear landscape. The simulation serum injected into her stimulates the amygdala, changing her fears into a hallucination. Four takes her through his landscape, where she discovers he only has four fears, the source of his nickname. His real name is Tobias, son of an Abnegation leader.

Meanwhile, a war brews between Erudite and Abnegation. Nasty articles circulate, raising suspicion about Abnegation’s authority and motives to govern the city. But how can the Erudite fight against Abnegation without weapons? The night of Tris’ final part of the initiation, where she maneuvers through her own fear landscape, she realizes they intend to use the Dauntless.

Hours later, the Dauntless are forced via a new simulation serum to attack the Abnegation. But because Tris (and Four/Tobias) is Divergent, the serum doesn’t work and she escapes, only to be captured and sentenced to death by the Erudite’s commander, Jeanine. She has been killing off the Divergent because they do not think within the established system.

Who rescues Tris from death? Her mother. Both her parents die helping Tris escape and sneak back into the Dauntless compound, where the Erudite hid and are running the simulation program. Now Tris only has her brother, Caleb, who dropped out of the Erudite initiation once he started researching the simulation serum. But even she didn’t breakout unscathed. She shoots her friend, Will, in order to escape.

Four/Tobias is injected with a new form of the serum and guards the program. They fight, and Tris’ voluntary action to die instead of killing him brings him out of the simulation.

They shut down the program, bring the saved data with them, and flee to Amnity.

That’s where Divergent ends! Hope this was helpful and jogged your memory. Stay tuned for a refresher of Insurgent. You can pre-order Allegiant here.

Check out Harper Collins’ Browse Inside page to read the first 115 pages plus the bonus material of Divergent for free!

Hope everyone had a fantastic 4th of July weekend. We took a mini roadtrip to…

Happy Labor Day everyone! I hope you are spending time with loved ones and taking…