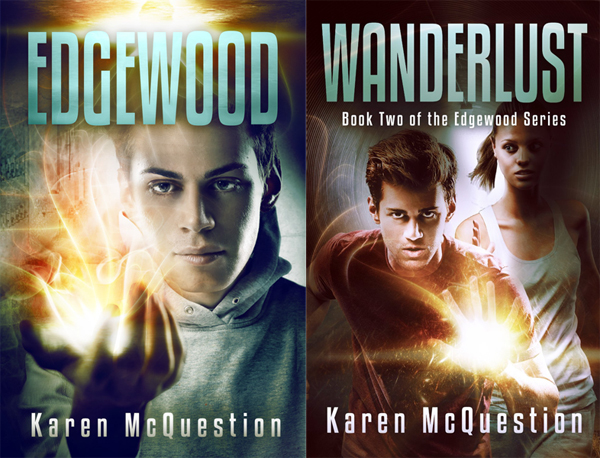 Despite all the positive things, I wasn’t sure if I would buy the next in the series, Wanderlust. The reason was my own writer biases toward syntax/paragraph structure and chapter endings (which is why I’m focusing most of this post on Wanderlust). Since Edgewood has over a 4.0 rating on Goodreads, over 4 stars on Amazon, and many positive reviews, obviously others disagree with me.

However, the sample chapters of Wanderlust at the end sold me. They suggested a new conflict between Mallory and Nadia I was anxious to see.

Wanderlust continues the moment Edgewood left off, but most of it is narrated by Nadia with some chapters by Russ. One strength of the book is having both characters comment about the same event—we really are able to see the difference between Nadia and Russ’ characterization.

Where Edgewood introduced us to the characters, Wanderlust really develops them. After seeing through Nadia’s eyes, I’m not so sure I’m waving the Mallory flag anymore. Even Jameson, a total jerk, shows another side.

Because Edgewood’s plot was straightforward, I wasn’t expecting all the twists and turns Wanderlust threw at me. I thought I figured out the secret behind Russ’ incredible superpowers. Nope. Or the romantic relationship that develops. Nope again. Or the ending. Didn’t see that one coming.

Props to you, McQuestion.

We learn more about the Praetorian Guard, the Assosiates, David Hofsetter—the man Russ’ sister was in love with before he died 16 years earlier, and about Russ’ sister Carly.

I’m excited to see where this series is headed, especially because tension between Nadia and Mallory increased twofold at the end of Wanderlust. Even though I wasn’t sure about buying the second book, I am now most definitely buying the third.