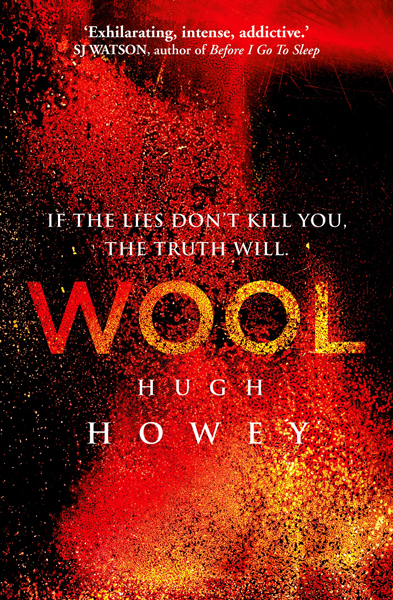 This does not include having more than one POV character. Even though you switch heads, it’s only for a period of time before you return to the original POV.

Wool breaks this rule. We are introduced to two POV main characters before settling on the third for the remainder of the book. This is a huge risk from a writing standpoint because not only do you risk losing the reader the first time you switch but the second time as well.

Why does this concern you?

The reason Howey structured the book like this is because Wool wasn’t originally a novel. Wool was a series of five self-published e-novelles. Each of the first two POV characters had their own standalone e-novellas. (So, technically, Howey didn’t break the writing rule at all . . .)

Until publishing houses called him asking to publish it.

And he turned them down. Why did he need a publishing house? He was publishing and selling just fine on his own. For most self-publishers, this is their dream. To stand on their feet with the big boys and really compete. Howey did. He won (enter inspirational music).

Then Kristen Nelson (the same agent who represents Marie Lu’s Legend, Ally Carter’s Gallagher Girls, and more) phoned him with this offer: He keeps all ebook rights/sales and the publishers produce only paper copies. The first offer of this kind. Ever.

If self-publishing is your dream, don’t give up on it because you’re intimated by being in the ring with publishing houses. Granted, stories like Howey’s are rare, but they have been done. Maybe it takes some thinking outside the box like his e-novellas first did. But you can do it. We believe in you.

If your dream is to write a story that’ll take people’s breath away, keep writing. Don’t be afraid to break the rules and see what happens. We believe in you, too.

If your dream is to read a fantastic book with an inspirational backstory, then you know what book to pick up next.

Tempest Rising is the first in a trilogy. Check out the second, Tempest Unleashed, and…

Happy Monday all! I'm over at Carly's View today answering interview questions! (Carly is a…