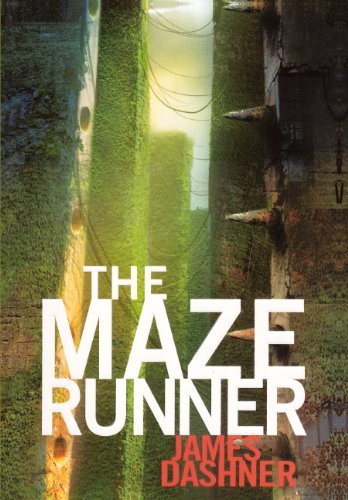 Several people commented on Dashner’s writing quality, insisting he “tells” more than “shows” with character emotions and development. To be honest, I was so engrossed in the story I didn’t notice any of this.

I really loved the way the mystery in this book unfolded. Will Thomas and the other Gladers solve the maze? What’s going on with the girl in the coma? Why can’t they remember anything? There’s a reason most fly through this book, making it a bestseller.

I would make a great Runner. (The Gladers divide their society into different roles.) First sight of a Griever (these deadly blubber-machine monsters), I’d be high-tailing it faster than anyone else out of that maze.

This book would be perfect for any male wanting a sci-fi/dystopian, or those yearning for a great plot-driven story, or if you loved Lord of the Flies. You might not like this book if you want a cut-and-dry romance (I’m predicting there’s more to the Teresa/coma girl thread coming later) or a character-driven story.

But you should most certainly read it before next V-Day, and then have a night out with your significant other to watch the film adaption.

Scarlet is the second in The Lunar Chronicles. The first, Cinder, is a spin on…

First, let me say I’m uber sorry for not keeping up to date with blogging.…